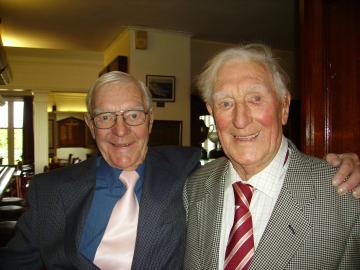 Early in 1956 Leslie Schofield worked as a Wood Machinist and Stanley Schofield worked as a musician until they got together and decided to start their own Wood Machining business.  They rented a small yard and building from a builder in Adswood.  All went well and in 1960 they bought part of a Dye Works at Hempshaw Lane in Stockport.  Eventually Stephen (Stanley's son) started work on the machines and Patricia (Leslie's daughter) started in the office, and when Leslie and Stanley decided to retire they left it in their capable hands.

In 1996 a Building Contractor offered a good price for the land and buildings at Hempshaw Lane, and Patricia took this opportunity to take early retirement and accepted Stephen's offer for her share of the Company.  Stephen moved the Company to the current site at Haigh Avenue with his wife Jayne taking over the office and his sister Melanie joining her.  Keeping it in the family Robert has now joined the Company and hopefully will be taking over in due course.